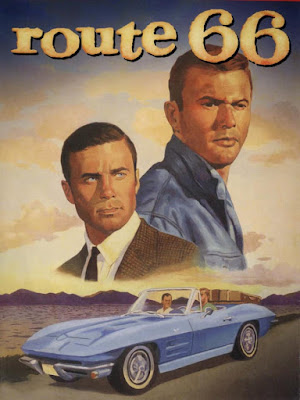 Hip listeners never forgot Ethel Waters as a jazz, blues, Broadway, and gospel vocalist. Yet, she also made history on television, several times over. Way back in 1939, she became the first African American to host their own self-titled show, a fifteen-minute one-off variety program, when NBC was still trying to figure out what they could do with the medium. She was also the first African American star of a network sitcom, the super-awkward in retrospect Beulah. However, she was again the first African American to be nominated for a dramatic Emmy, for a guest turn on Route 66—and that episode holds up quite well. In fact, it holds further significance for jazz fans due to the appearances of legendary musicians Coleman Hawkins, Roy Eldridge, and Jo Jones. Fittingly, the “Goodnight Sweet Blues” episode airs tomorrow night during Decade’s weekend binge of Route 66.

The ailing Jennie Henderson nearly swerves into rambling Tod Stiles and Buz Murdock (whose names look unfinished). Although initially angry, the compassionate young men look after her, seeing her to her comfortable Pittsburgh home. She knows she is dying, so she recruits her new friends to reunite her old band from the 1930s, the Memphis Naturals.

It turns out Henderson is one of the few performers of the era who managed to secure a stable financial situation for herself, because she is able to dispatch Stiles and Murdock across the country. Most of the band members immediately agree to return with them, including taciturn tenor-player Snooze Mobley, played by the great Hawkins (he was the recognized link between swing and bop, always sounding contemporary until the day he died). Drummer A.C. Green played by trumpeter Roy Eldridge (considered a mentor by Dizzy Gillespie) also quickly agrees, as does trumpeter Lover Brown, played by drummer Jo Jones. However, it will take a little fast-talking to get the latter furloughed from the State Penn.

Alas, Henderson’s banjo player Hank Plummer is long since dead, but he was a terrible person anyway, according his son, who agrees to sub for him. Hank Jr. (portrayed by Bill Nunn of Ganja & Hess fame) considers Henderson his surrogate mother, so their reunion is especially emotional. The tricky part will be getting trombonist King Loomis, who still feels deep shame over his scuffling and past alcoholism.

There really is a lot of real deal jazz in “Goodnight,” including Hawkins blowing a solo, Marni Nixon ghosting the young recorded Henderson on a Dixieland rendition of “I’m Coming Virginia,” and Waters and Jo Jones doing a poignant duet on Will Lorin & Leonard Freeman’s original “Goodnight Sweet Blues.” Plus, there is Nelson Riddle’s popular series theme to close it out. 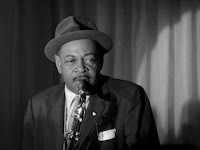 It is a shame Jones did not get further opportunities to show off his acting chops because he is really terrific as Brown, musically and dramatically. Gunn also pulls the heartstrings hard as Plummer. Of course, the deservedly Emmy-nominated Waters is the star and her charisma is potent. In fact, Henderson was a perfect role for her, incorporating the swinging blues of her past and the deep Christian faith she would be known for in her final years, as a frequent performer with the Billy Graham Crusade.

Frankly, the music and documentary-like scenes of 1960s urban life in “Goodnight” probably hold up better today than the underlying concept of Route 66. Let’s face it, this is a show about two drifters. To make people believe a reboot, you would probably have to turn them into serial killers. Regardless, “Goodnight” is unabashedly heartfelt and clean as a whistle. It kind of blows the mind to think this was TV for teens and twentysomethings. Highly recommended for fans of the musicians and those who remember the series fondly, “Goodnight Sweet Blues” airs tomorrow night (3/7) on Decades and it streams on the IMDb app.
Posted by J.B. at 3:00 AM