Morning after update (11/8): It was a bummer, but we lost. Maryland was a particular heartbreaker. The good news is some weak candidates squeaked through in circumstances unrelated to their qualifications. Now is the time to start recruiting and campaigning for 2008. In the meantime, sit back, chill to some jazz and blues (look for some recommendations here, starting with Billie Holiday above) and enjoy the next two years of impeachment hearings.

Nothing new will be going up tomorrow, and frankly you should not be in front of a computer screen tomorrow anyway. There are plenty of worthy campaigns that will need help, once you’ve voted. Here’s a quick recap of the coveted J.B. Spins endorsements:

Here in New York, we have been disgraced by our corrupt comptroller, Alan Hevesi. His opponent, Chris Callaghan is, despite what Hevesi and his loyal allies in the media tell us in unison, eminently qualified for the job. He was elected president of New York’s Association of County Treasurers and Finance officers. For twenty three years he has presided over the lowest taxed county in the state. He is endorsed by the New York Times, NY Post, and NY Sun. Unlike the incumbent, he is not being investigated by the AG’s office and the Albany DA. 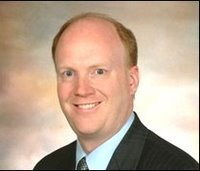 Robert Heim is what Spitzer purports to be. Formerly a high ranking prosecutor with the SEC, Heim has policed Wall Street, rather than shake down high-profile, deep-pocketed marks. Having campaigned with him, I can attest Heim is smart, reasonable, and personable. He is running against an incumbent who is nearly invisible in the district, but is unfailingly obedient to the Speaker Shelly Silver in Albany. 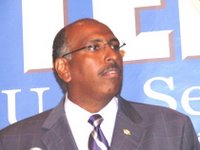 Steele has run a pitch perfect campaign despite some of the ugliest, and arguably racist, name-calling from those allied with his opposition. If ever there was a candidate who deserved to win it is Steele, who has also brought a welcome jazz esthetic to his campaign.

In California, I have to pull for Claire Yan, a former publishing professional who now works for a think tank. As a ten year veteran of the publishing industry and having interned at a think tank, I definitely think we need more people in Congress with her intellectual background. 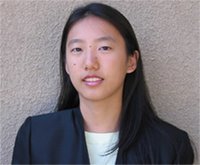 Rebuilding New Orleans should be a priority for all Americans, and William Jefferson is going to help anyone get anything done. Regardless of who controls Congress, Joe Lavigne will be better positioned to work with Congress, the administration, and most likely given demographic trends, a new Republican governor in 2007.

Go vote, then Get-Out-the-Vote. I’ll be back late Wed. How late depends on how bad the election hangover is.
Posted by J.B. at 12:34 PM