Documentary Fortnight: Neither Memory Nor Magic 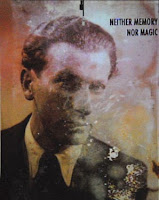 The story of a Jewish Hungarian poet killed during the Holocaust might sound eerily familiar. First Hannah Senesh was the subject of the Oscar short-listed documentary Blessed is the Match. Now Miklós Radnóti is profiled in a new film screening as part of MoMA’s Documentary Fortnight. Relying heavily on the power of Radnóti’s own verse, Hugo Perez’s Neither Memory Nor Magic is a deeply humane examination of one of Hungary’s greatest Twentieth Century literary figures.

The similarities between the lives of Radnóti and Senesh are tragically obvious. Yet, they were vastly different people. Senesh embraced her Jewish faith and the Zionist cause. While Radnóti never denied his Jewish heritage, he was in fact a genuine Roman Catholic convert. Above all else, he considered himself Hungarian, never losing his patriotic love of country even as his homeland descended into madness.

Unlike Senesh, Radnóti’s poetry was widely read and highly regarded within his own lifetime. With the rise of Hungarian Fascism, Radnóti’s greatest concern was preserving his archive. He would eventually be deported to a Serbian work camp, where he incredibly maintained his creative output. In on-camera interviews, survivors tell how Radnóti would share his poems with fellow prisoners in hopes of preserving them. Even on a harrowing forced march that would end in a mass grave, he would write “Postcards,” his final poems, which would be discovered in his overcoat pocket when his body was exhumed after the war. It is the poems from this period that would posthumously cement his reputation.

Throughout Magic, Perez’s focus constantly returns to Radnóti’s poems, dramatically integrating them into the film, with excellent readings that are both sensitive and crystal clear. One such poem we hear is the all too appropriately titled “Forced March:”

“A fool he is who, collapsed,___rises and walks again,
Ankles and knees moving___alone, like wandering pain,
Yet he, as if wings uplifted him,___sets out on his way,
And in vain the ditch calls him___back, who dare not stay.
And if asked why not, he might answer___– without leaving his path –
That his wife was awaiting him,___and a saner, more beautiful death . . .” 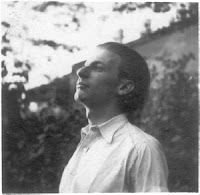 Though just under an hour, the well put together Magic says a great deal in its brief running time. Perez judiciously balances the archival and the contemporary, documenting the annual Radnóti celebration at the public school which bears his name. He concludes with a parting shot that perfectly encapsulates the humanity of the man and the tragedy of his loss.

Informative and emotionally engrossing, Magic is an excellent documentary. It screens this Sunday (2/22) at MoMA, with special readings of Radnóti’s poetry scheduled to follow.
Posted by J.B. at 3:41 AM