Khonsaly Hay does not like to use the term “Khmer Rouge,” because it implies the entire Khmer people are guilty of genocide. He simply calls those who murdered his first family “Communists” or Angkar, meaning “The Organization.”  He has a good point and more than sufficient standing to make it. After forty years living quietly in France, he has finally returned to his homeland. His filmmaker-daughter Neary Adeline Hay will document his homecoming and the living ghosts he confronts in Hay’s Angkar (trailer here), which screens during this year’s Human Rights Watch Film Festival in New York.

Hay never thought he would return to Cambodia. In fact, he only recently started telling his daughter about his experiences during the genocide. He has a few teary reunions, but most of his original family was massacred by the Communists. Yet, in a colossally weird irony, his daughter owes her existence to the chaos of the late 70’s, because it was the Communists who forced her father to marry her mother (then a complete stranger) in bizarre mass-shotgun wedding.

The Cambodian landscape brings back a cascade of memories for Khonsaly Hay. Frankly, the past is very much present in the rural villages they visit, especially because the men most responsible for the execution of his family are still living there, in prominent positions of community leadership. He will face them all, but it is hard to tell if he gets what he wants from the experience. They all blame Angkar for excessive zeal but do their best to avoid personal responsibility. 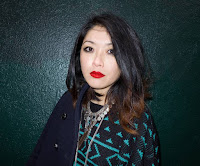 Rather counter-intuitively, the Communist genocide has inspired a number of stylistically adventurous, or even downright experimental documentaries, such as Rithy Panh’s The Missing Picture, Davy Chou’s exceptional Golden Slumbers, and Alexandre Liebert’s short doc, Scars of Cambodia (all of them are excellent). Angkar follows in this tradition with its meditative passages and immersive tracking shots. At times, you can feel the humidity and smell the musky air.

Even though it runs just over an hour, Hay’s film is quite effective as an expose, memory play, and family history. One point comes through crystal clear—without some semblance of justice, there will never be any healing. That is not likely to happen when perpetrators continue to live openly in the communities they terrorized and the political system continues to be monopolized by one party. It is a sensitive, evocative film that personalizes Cambodia’s tragic history. Highly recommended, Angkar screens this Saturday (6/16) at the Film Society of Lincoln Center and Sunday (6/17) at the IFC Center, as part of the 2018 HRW Film Festival in New York.
Posted by J.B. at 7:00 AM