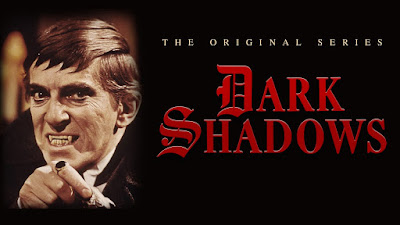 The notion of adding a vampire to a struggling TV series sounds almost cliched today, but it was a real Hail Mary pass when Dan Curtis tried it in 1967. His daily soap opera Dark Shadows has been conceived as a contemporary riff on the gothic novels of the Brontës and the like, but when it embraced the supernatural, it became a smash teen sensation. As a result, Dark Shadows probably became the only daytime soap opera to inspire comic books, tie-in novels, a daily newspaper comic strip, and a disappointing Tim Burton movie. It has also remained in syndicated reruns. Currently, Dark Shadows can be seen late-late weeknights on Decades, where they will reset their reruns with episode 211, the introduction of vampire Barnabas Collins, this Friday.

Collinsport, Maine is still dominated by the founding Collins family, but unbeknownst to the outside world, their matriarch, Elizabeth Collins Stoddard is being blackmailed by the slimy Jason McGuire, her unwelcome houseguest. However, McGuire’s con artist crony, Willie Loomis is even more despised by the Collins family and Collinsport at large. It has gotten so bad Stoddard’s business rival Burke Devlin took it upon himself to run Loomis out of town. Before leaving, Loomis believed he could plunder the jewels he suspected were hidden in the Collins family vault. Instead, he roused vampire Barnabas Collins.

It is also notable how Curtis and his writers carefully doled out Barnabas Collins appearances in his early episodes, to build up the intrigue. Frankly, during his initial episodes, we see more of the portrait hanging in the Collins’ ancestral home that bears a remarkable resemblance to Barnabas (who introduces himself as a cousin from England), right down to the head of his cane. Indeed, it probably takes a dozen episodes before we even see his fangs.

Jonathan Frid really is terrific as Barnabas. He can be hard and ruthless, but he also projects Byronic angst of the undead you find in vintage Universal monster movies. Veteran thesp Joan Bennett personified grand dame-ness as Stoddard, the head of the Collins clan. Likewise, Dennis Patrick just personifies sleaze as the oily McGuire. You almost need a shower after he slides in and out of a scene. Alexandra Moltke (later Alexandra Isles, who would have a second career as a documentarian, notably directing Porraimos) grows on viewers as Victoria Winters, the former orphan schoolteacher, hired to tutor Stoddard’s nephew David.

Eventually, Barnabas kidnaps Evans, a popular local waitress, with the intention of brainwashing and vampirically “turning” her into his long-dead bride, Josette Collins. Frankly, Kathryn Leigh Scott’s overwrought performance is definitely soap opera stuff, in an unfortunate sense. However, Joel Crothers, David Ford, and the immediately recognizable Mitchell Ryan wear well on the audience, as her boyfriend Joe Haskell, her father Sam, and Devlin, their friend, who form the core of the search party. Episode 261 represents another end of an era for the show, because it marks the end of Ryan’s run on the show (Anthony George would take over the role in 262). 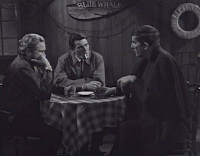 You can tell Dark Shadows was a daytime drama, recorded live and somewhat on-the-fly, because cast-members flub their lines and do their best to recover all the time. Yet, that is not really distracting—it just gives the show in-the-moment energy. On the other hand, the series features some richly atmospheric sets and design work—the portrait of Barnabas being a perfect example.

There has been something appealing retro about watching one or two episodes of Dark Shadows everyday rather than bingeing whole-hog. It is hard to explain, but the daily creep of revelations is a satisfying experience that is getting harder and harder to find when media is increasingly geared toward instant gratification. Despite the subsequent advances is technology, Collinsport still feels strangely real and also like it exists suspended in time.

In retrospect, it makes sense Sen. Susan Collins was just re-elected again. After all, she is a Collins in Maine. She also happens to be good for the country. Highly recommended for fans of the franchise and vampires in general, Dark Shadows episode 211 reruns this Friday (or early Saturday at 5:30) on Decades and the storyline continues with back-to-back episodes at 5:00 & 5:30 weekday nights—and it also streams on the IMDb app.
Posted by J.B. at 6:00 AM