The Collegiate Chorale’s Remembrance through Music 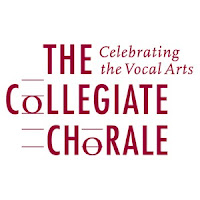 Alexander Kulisiewicz was not Jewish. A political prisoner at the Sachsenhausen concentration camp and a songwriter in his own right, Kulisiewicz witnessed the final rehearsal of Martin Rosenberg’s clandestine inmate chorus. It would be disrupted by the SS, who were to transport Rosenberg and his chorale to the certain death of Auschwitz. Rosenberg implored Kulisiewicz to remember their music, which he did. Indeed, the efforts of survivors like Kulisiewicz made possible the Collegiate Chorale’s concert of solemn remembrance, We Remember Them: Choral Music from the Camps and the Ghettos, which was greatly appreciated by a capacity audience last night at New York’s Central Synagogue.

Given the subject matter and fates of most of the composers, the proceedings had an inescapable heaviness. Often the audience seemed unsure if applause was appropriate after each selection. However, the power of the program was equally undeniable. It was also quite enlightening, thanks to the well thought-out commentary provided by Chorale conductor James Bagwell and Central Synagogue’s senior cantor Angela Warnick Buchdahl, who served as the evening’s host.

In addition to Rosenberg, the audience heard the story of Lea Rudnitska, a Lithuanian Jewish poet who cared for the orphaned babies of parents murdered or forcibly removed to the death camps. Her lullaby “Dremien Feygl,” which she set to Leyb Yampolsky’s music, served as a starkly powerful opener.

Several selections involved chorale adaptations of poems, including Hannah Senesh’s stirring “Blessed is the Match.” An Israeli national hero, the Hungarian-born Senesh left the safety of what was then the British Mandate to serve as a paratrooper and a liaison between the British and the Eastern European Jewry. Tragically though, she was quickly captured by the National Socialists, who imprisoned, tortured, and eventually executed the young poet. Yet, the brief quatrain she handed to a surviving comrade would hold special significance for generations of her countrymen.

Unlike typical concerts, varying the tone and tempo of We Remember Them would be nearly impossible. However, Paul Epstein’s arrangements of “Two Partisan Song (Yidishe Brigades/Zog Nit Keynmol)” allowed for a more muscular piano accompaniment from Kenneth Bowen, as well as a brief but beautiful solo by Buchdahl. It also offered an opportunity to celebrate Jewish resistance, in addition

to commemorating the lives lost during the Holocaust. Fittingly, the sensitively conceived program ended on its most dramatic note, Maimonides’s prayer “Ani Ma’amin,” which became known as “hymn of the camps.”

Frankly, performing such meaningful music is an intimidating proposition, but the Collegiate Chorale handled it with grace. It was a truly impressive show, clearly inspiring all participants. Boasting a rich history, the Chorale was founded by Robert Shaw and has performed with some of the world’s great conductors, including Toscanini, Bernstein, and Mehta. Those who missed the previous concerts of their 2010-2011 Season can make up for it at their finale and spring benefit show on May 19th, featuring an evening of Broadway with Deborah Voigt and special guest Paulo Szot.