The music business is hurting. Hard copy sales are down across the board, with one exception: new vinyl. According to the RIAA, new vinyl sales were up 36% last year, while CDs were down 17%. Of course, CDs still had about 500 times the sales of new vinyl the industry group quickly pointed out, for some reason eager to pour cold water on vinyl’s good press. Ordinarily I do not tell people their business, but it seems to me, the RIAA should be embracing a potential vinyl renaissance. Certainly, LPs are not going to muscle out CDs or downloads, but if a significant number of people starting choosing the LP as their preferred media vehicle, it would be a godsend to the industry. After all, CDs can be burned, files can be copies, and tapes can be dubbed, but there are not a lot of people out there who can press records.

Some labels have re-embraced vinyl, including Concord Records, the current custodians of the classic Prestige and Riverside catalogs, who has been heavily promoting their Collectors Corner as a place to buy new vinyl pressings of their classic jazz releases (the availability on othe 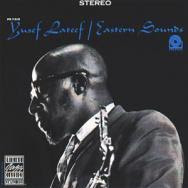 r major online retailers appears spotty). Listening to some of the new some of their classic records repressed in the format they were intended for is a treat.

Recorded in 1961, Eastern Sounds was Yusef Lateef’s fullest exploration of Eastern musical forms up to that point, yet he still kept it firmly grounded in the jazz idiom. LP’s in general sound better than their CDs counterparts, and Eastern is a good example. The sparkling notes of the opening “The Plum Blossom” really jumps out at the listener. Here Lateef plays the Chinese globular flute and bassist Ernie Farrow plays the rebat (or rabaab), sounding like a cross between the bass and the mbira. With vinyl’s richer sound, you can actually hear Farrow’s bass on tracks like “Blues for the Orient” and you get the full auditory sensation of Lateef’s warm tenor goodness on “Don’t Blame Me.” (While Farrow is largely remembered for his work with Lateef, he was active on the Detroit scene as a sometimes leader, and according to his half-sister, Alice Coltrane, he certainly had an impact on jazz history by introducing her to the music.)

There are not many extant recordings of Monk’s group while Coltrane was a member, which is why the 2005 discovery of the 1957 Carnegie Hall concert was such a find. The logically titled Theloni 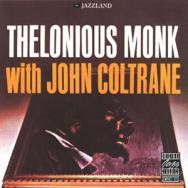 us Monk with John Coltrane was one of their few recording sessions we have always known. Actually cobbled together from two sessions, but it is no less rewarding for it, Monk with consists entirely of the leader’s originals, including the concluding piano solo, “Functional,” a starkly beautiful blues, which makes one wonder why this tune is so under-recorded. While Coltrane was at this point still getting used to playing with Monk, he sounds born to play the achingly tender “Ruby, My Dear.” On the large ensemble tracks, Coleman Hawkin’s full-bodied swinging tenor is totally in-synch with his supposedly more modern colleagues.

Coltrane really hit his stride during his late Atlantic and early Impulse years, but there are plenty of great moments on his Prestige sides. Soultrane is certainly a solid outing, backed up by two thirds of the Miles David rhythm section of Red Garland and 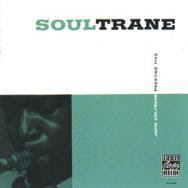 Paul Chambers, with Arthur Taylor filling the drum chair. On vinyl, you can really hear and feel Chambers’ bass on a track like the opening “Good Bait,” which I’m sure my neighbors agree is very cool. Soultrane effectively showcases Coltrane’s expressive range, particularly striking on “Theme for Ernie,” a tribute to the late Ernie Henry, an alto player best remembered for his sideman work with Monk and Dizzy Gillespie.

And what possibly needs be said about Sonny Rollins’ Saxophone Colossus, probably the most analyzed single “non-concept” record ever? With the introduction of “St. Thomas,” what would become his signature tune, and “Blue 7,” arguably the most acclaimed solo in jazz history, the significan 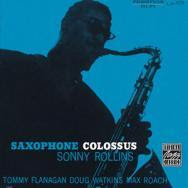 ce of Colossus is beyond debate. As an LP, its iconic blue-washed cover image of Rollins actually looks as dramatic as intended. Rollins has a reputation for preferring live performance to the studio setting, but his playing on Colossus is exceptional throughout, like the gorgeously lyrical “You Don’t Know What Love Is.” Again, you get the full auditory effect of Doug Watkins’ bass and Max Roach’s bass drum.

It is nice to see a label promoting its classic catalog on vinyl. The sound is richer and the overall experience is more tactile. One can savor the full cover art as it was meant to be seen, rather than as a cocktail napkin-sized insert. Frankly, in my experience CDs are just as apt to scratch and skip as records, so the clear advantage goes to vinyl.
Posted by J.B. at 11:36 AM