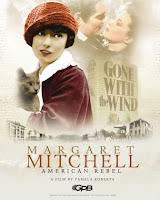 Margaret Mitchell wrote Gone with the Wind. End of story? Actually, writer-executive producer Pamela Roberts nicely traces the roots of the famous Civil War novel to the stories turn-of-the-century baby Mitchell heard from the Confederate veterans of her youth. However, for many viewers, the considerable financial support Mitchell gave to traditionally African American Morehouse College will be Rebel’s greatest revelation. It also counterbalances the expected criticisms of Mitchell’s problematic depiction of mistress-house slave relationships.

Still, there is no getting around the significance of Gone with the Wind. Had Mitchell not written the novel, it is doubtful anyone would produce a documentary about a one-time Atlanta Journal correspondent, regardless how trailblazing her relatively short tenure was at the time. That is what viewers will want to hear about anyway. Fortunately, Roberts has some pretty good publishing stories and duly covers the celebrated film, while keeping the focus squarely on Mitchell throughout.

According to Rebel, Mitchell’s lifelong maid constantly answered phones calls from fans who wanted to know if her protagonists ever got back together. She brusquely replied neither she nor her employer could say. Indeed, O’Hara’s resolve to face the world alone, even with the slap in the face ending, is rather the whole point. That is why the estate’s authorized sequels are such a travesty. 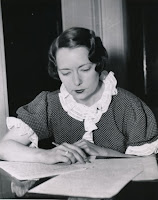 Clocking in at just under an hour, Rebel effectively makes Mitchell’s case as a significant cultural figure without overstaying its welcome, which is quite considerate of it, in a Southern kind of way. Informative and easily digestible, Rebel is pleasant enough viewing when it broadcasts this Monday (4/2) as part of the current season of American Masters on PBS.