Nocturne for the Amen Corner 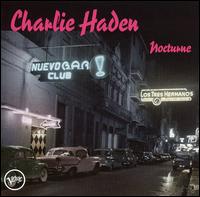 With rumors swirling regarding Cuban despot Fidel Castro’s health, Babalu Blog will be a frequently visited site over the next few days. Certainly Raul will try to maintain the iron grip his brother held on the Cuban people. However, the personality cult central to the regime reign of terror has been almost exclusively built around Fidel, which is why some are now cautiously daring to hope for regime change.

Many in Hollywood and on the Upper Westside will be nervously watching these events unfold. Castro’s celebrity Amen Corner could indeed be embarrassed by their fawning over the tyrant, if the Cuban people throw off their shackles and start exposing the regime’s crime to the light of day.

Musician and Cuban defector Paquito D’Rivera has often chided celebrities like Danny Glover and bassist Charlie Haden for their slavish devotion to Castro. Haden, a political extremist who penned tunes like “Chairman Mao” and “Song for Che” has a bit of history with D’Rivera. The reedman called out Haden in the pages of Jazz Times for his support of Castro at a time when D’Rivera was desperately trying to get his family out of Cuba, writing: “So I wonder if it would be interesting for you to know that while you were playing your odes to Che Guevara and to Fidel (who naturally didn’t attend your concert, or any other concert), my son and his mother were visited by the political police.” (My Sax Life p. 193) Of course rather than responding, Haden unsuccessfully tried to pressure JT to spike the letter.

Haden has performed in Cuba and dedicated his performances to Fidel. He has recorded Nocturne, a very pleasant tribute to the music and people of Cuba. If you don’t have to live there, Havana probably conveys a romantically noirish mood, what with the vintage cars and crumbling buildings, evidence of the dismal lack of material progress made under the Fidel regime.

It will be interesting how Haden reacts if the musicians he played with, like Gonzalo Rubalcaba, are finally able to express opinions they previously were not able to. As D’Rivera says, when Cuban musicians tour abroad, they don’t leave behind family, they leave hostages.

What will they say and what will come out? How will the Amen Corner be implicated, beyond the fact that they should have known better? Some long, dark nights of watchful waiting may lie ahead.
Posted by J.B. at 9:50 AM