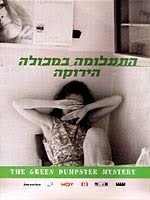 They witnessed all the great horrors of the Twentieth Century, yet the Wolkowicz family’s story was nearly lost to the sands of time. Chancing upon some of the their family photos in an industrial trash bin, filmmaker Tal Haim Yoffe pieces together their tragic story in the compelling documentary The Green Dumpster Mystery, which screens during the upcoming 2009 Israel Film Festival.

Yoffe was able to identify several of the Wolkowiczes fairly easily through google and the Yad Vashem and Israeli Defense Force websites. After a bit of sleuthing, he determines Shoa, the son of Ya’akov and Pola Wolkowicz, was killed by the Egyptians on the first day of the Yom Kippur War. His parents had fled from National Socialist partitioned Poland into the USSR, only to then be interned in a Soviet labor camp near Arkhangelsk, north of the Arctic circle.

Surviving friends and distant family help Yoffe connect the dots, providing some aged photos of their own. He attends an IDF memorial and is surprised to find so many people paying tribute to Shoa Wolkowicz, who died at age twenty and has no apparent surviving family. Evidently, Shoa also had an older sister who did not survive the brutal Russian winter. Determining her name and the location of her grave site becomes the one persistent mystery that drives Yoffe’s narrative.

Though modestly understated, Dumpster is a surprisingly effective film. Yoffe exhibits a deft touch as a documentarian, letting his material speak for itself. While he provides all the narration and is seen on-camera pursuing the investigation in nearly every scene, he scrupulously keeps the focus squarely on the Wolkowicz family rather than himself.

ing the point. Clearly, it is very important to Yoffe and those he meets over the course of his search that the Wolkowiczes not slip into oblivion unremarked and unremembered.

While only about an hour in length, Dumpster is a very satisfying documentary. While it shows the devastating sweep of history, it is ultimately an intimate family story related with sensitivity and compassion. Highly recommended, it screens during the Israel Film Festival on Monday (12/7), Thursday (12/10), and Sunday (12/13) at the SVA Theatre.
Posted by J.B. at 3:00 AM