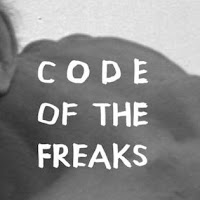 Anyone who has read David Skal & Elias Savada’s biography Dark Carnival: The Secret World of Tod Browning knows how overdue we are for a documentary profile of the eccentric filmmaker. If any of film could sustain a feature-length examination, it would be his cult classic Freaks. This is not that film, but the controversial 1932 release is still an important touchstone in Code of the Freaks, a survey of disability in cinema, which screens as the “opening night” film of this year’s ReelAbilities Film Festival New York—now online for obvious reasons.

If you find the films discussed in this documentary “inspirational,” than the commentators largely think you are a shallow jerkweed. Frankly, it is rather rewarding to hear them torch the cheap sentimentality of films like Radio and Men of Honor. However, films you probably thought were quality, like Jim Sheridan’s My Left Foot and Randa Haines’ Children of a Lesser God fare little better.

Admittedly, many of the clichés that are called out are rather problematic, like the prevalence of mercy killings as acceptable resolutions in films such as Million Dollar Baby. Still, this documentary just doesn’t have hardly anything positive to say about any film, except Browning’s Freaks. Their treatment of the Universal monster movies is rather unfair, because those films always humanized the monsters (especially so, given their era). Interpreting the Mummy’s wrappings as code for the bandages of disfigurement is really pushing it. Someone also misattributes Frankenstein to Browning, which will not help its case with old school horror fans.

Again, the film makes a legitimate point about representation, but it would be much cleverer if it singled out cases to praise. It would be great if more thesps of differing abilities could be cast in roles that are not defined by such status. Arguably, this film creates a disincentive to represent the disabled. Why would a filmmaker bother, if a doc like this will turn around and slam them for not getting everything absolutely perfect.

This film brought to mind unmentioned positive examples, like the criminal attorney in Robert Altman’s The Player, who helped Tim Robbins beat the rap and just happened to use a wheelchair (not Sydney Pollack, the other one). There was also Jim Byrnes keeping Ken Wahl alive in the under-rated 1980s series Wiseguy. Plus, it would be interesting (and perhaps frustrating) to hear the talking heads’ take on Adam Pearson’s terrific performance in Chained for Life. On the other hand, how does a movie like this not discuss the exploitative career of Rondo Hatton?

Check out some of the films programmed by ReelAbilities, because festivals could use the support and you have the time, but maybe Code of the Freaks need not be a priority. However, S. Leo Chiang & Sun Yang’s Our Time Machine should not be missed next Saturday (4/4). If you are interested in Freaks, watch Browning’s films or read Skal & Savada instead. Regardless, Code kicks off the online edition of ReelAbilities this Tuesday (3/31).
Posted by J.B. at 6:00 AM