The Great Father (Short): Hopefully Coming Soon to a Festival Near You 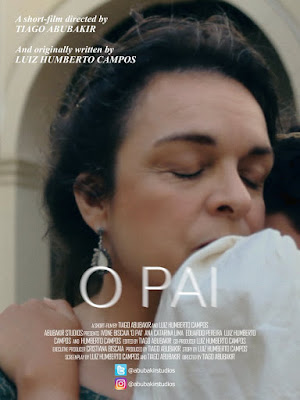 1755 marked a turning point for Portugal. It was the year of the Great Lisbon Earthquake as well as Sebastiao de Melo’s appointment as prime minister. Even today, the administration of the de facto head of state remains controversial. Some liberties are taken with names and historical events, but the spirit of the era remains the same in Brazilian director-producer-editor-co-screenwriter Tiago Abubakir & co-screenwriter-co-producer-co-star Luiz Humberto Campos’s short film The Great Father, which would be screening on the festival circuit right now, were it not for Xi’s pandemic.

The fire and earthquake have shaken Lisbon. However, for Queen Mariana Victoria (originally a Spanish princess before her marriage to King José I) and her daughter Princess Maria I, the real emergency is the King’s illness and withdrawal from day-to-day governance. While the “Great Father” is sick, the “Black Baron” will rule Portugal—with an iron hand. Of course, the Queen and Princess are more concerned about their place in the palace than the well-being of their subjects.

It is quite amazing how much the teenaged Abubakir achieved on a micro-shoestring budget, with the collaboration of Campos and their families. It really was something of a family affair, since Abubakir’s aunt, Ivone Biscaia, plays the Queen and Campos’s father, Humberto Campos, plays the Black Baron. Everyone does their part, but frankly the cast is often overshadowed by the film’s amazing locations, including the Covento do Carmo, an 18th Century Abbey, and the Museu da Misericordia in Salvador, Bahia.

This film looks amazing, thanks to the enormously cinematic backdrops and the era-appropriate costumes Abubakir managed to scrounge from the Teatro Castro Alves performing arts center (good for them for supporting young student filmmakers). As a result, Abubakir and company seamlessly recreate old world Lisbon in new world Salvador.

Do not rely on The Great Father for history lessons, but it is really cool to see Abubakir and Campos so freely riffing on Enlightenment themes. You could argue their approach is not so different from that of Tarantino’s Inglorious Basterds and Once Upon a Time in Hollywood, but the young filmmakers are much more philosophically literate. Very highly recommended for its young talent and rich period design, The Great Father will hopefully soon return to the festival circuit.
Posted by J.B. at 3:00 AM