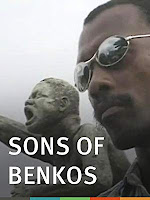 The Colombian village of Palenque de San Basilio was the first colony of freed slaves ever established in the Americas. It predated Liberia by over one hundred years. Not surprisingly, the Spanish were less than thrilled with its founder, Benkos Biohó, who was both a former slave and a former African prince. Biohó met a tragic end, but Palenque would become one of the leading hubs for African music in Latin America. Silva Lucas surveys the current Palenque music scene and examines its cultural implication in Sons of Benkos, which screens during the 2018 New York African Diaspora International Film Festival.

Although the Spanish betrayed and executed Biohó, the village remained highly aware of its African heritage. However, the African influence on local music really became significant in the 1960s and 1970s, when African styles like Highlife, Afrobeat, and Makossa came to international prominence. Soon, a “sound system” sub-culture sprung up, blasting the latest African imports across the neighborhood. Palenque bands started incorporating African styles, but they gave them a local twist. Interestingly, there is also an older Cuban son tradition in Palenque, but it is largely associated with funeral ceremonies. 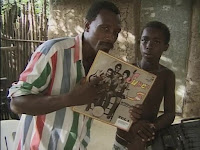 There is no question the medium-sized, fifty-two-minute Sons of Benkos is a worthy and informative film, but it will leave many fans of Latin and African music wanting more (arguably a good sign). We could have easily followed Lucas on a deep dive into the Palenque scene, but he basically skims the surface. Of course, he is also analyzing Palenque’s historical and social significance as a community of former slaves, which is also important. Still, there should be plenty of music and material to support a full-feature length documentary treatment—and anyone who sees Benkos would surely be willing to come back for more.

Regardless, Lucas’s film sounds great as it is. Visually, it is a little raw, but there is no question he was there on the streets and in the sound system parties. Easily recommended for Latin, African, and “World” music listeners, Sons of Benkos screens tomorrow (11/24), preceding Cimarronaje en Panama, as part of this year’s NYADIFF.
Posted by J.B. at 6:00 AM