On-Stage: The Smell of Popcorn 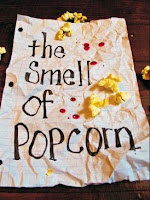 Fabiola hates playing Desdemona in Shakespeare’s Othello, nauseated by her character’s acquiescence in her own unjust murder. Unfortunately, a home invasion will soon determine just how uncooperative Fabiola will be in her own victimhood. The cat and mouse game between the aspiring actress and her robber unfolds in Puerto Rican playwright José Luis Ramos Escobar’s The Smell of Popcorn, now officially open at the IATI Teatro.

Fabiola is a student with a passion for acting and a wayward cat. She does not have much money, but “Georgie” intends to get something out of his criminal efforts, clearly implying the threat of sexual assault if she is not forthcoming with more cash. Stalling for time, Fabiola draws her potential assailant into a series of extemporized scenes, each perhaps revealing something deeply personal in the process. Consider it survival by method acting exercise.

Ramos Escobar’s linkage of Othello and Fabiola’s own circumstances turns out to be an effective dramatic device, at least with Luciana Faulhaber selling it as the resilient actress. Whether fighting back or increasingly frustrated trying to stir Georgie’s better nature, it is a convincingly realistic performance. However, lacking an Othellan presence, Javier E. Gómez does not project the appropriate sense of menace as Georgie. Frankly, we cannot help suspecting a fighter like Fabiola could take him relatively easily.

As presented by IATI and director Jorge B. Merced, Popcorn (which Georgie evidently smells like) is a two-handed naturalistic thriller in the tradition of Wait Until Dark, with an added veneer of class-based social consciousness. However, it is a bit confusing whether there is something more symbolic intended in the opening and closing scenes, or whether Gómez’s appearances in a different context is merely a necessary function of the small cast. Still, it wisely refrains fro

Merced’s staging definitely feels appropriately claustrophobic and the Spanish supertitles are relatively unobtrusive. Indeed, at approximately an hour and half without intermission, it surely never drags. However, its ambiguities may frustrate patrons looking for an explicit manifesto of feminist empowerment. An intriguing but somewhat uneven production, Popcorn certainly functions as a great showcase for Faulhaber’s talents. Now officially open, it runs through September 19th, with a special Monday performance tonight (9/13).
Posted by J.B. at 3:00 AM