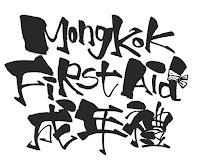 Tragically, history has repeated itself this year in Hong Kong. Five years ago, Hong Kongers were stunned when HK police used brutal riot tactics against peaceful protestors. They even targeted emergency medical volunteers. Five years later, the Mainland-dominated (and most likely augmented) police are following the same playbook, but with greater severity. Mavis Siu collects the testimony of eight such medical workers who experienced the crackdown on the 2014 protests first-hand in the short (20 minute) documentary, Mong Kok First Aid, which screens during the 2019 Margaret Mead Film Festival, at the American Museum of Natural History.

The interview subjects all share two conflicting concerns: outrage that the events of 2014 might very well be censored out of Hong Kong’s collective memory and fear that their participation will result in reprisals. Both are well warranted. Although the eight care-givers mostly (but not entirely) supported the democratic goals of the 2014 Umbrella protests, their primary purpose in Mong Kok (and the Admiralty before that) was to provide medical attention. To that end, they even provided aid to injured police officers.

In return, several suffered physical injuries and some were also threatened online by police trolls. Even though the first aid station personnel maintained strict neutrality during the protests, they now face an uncertain future in Hong Kong, simply because their presence could be held against them by the Mainland-controlled authorities.

Siu’s film was initially conceived as a plea for understanding and healing, but in light of current events, it now serves as a timely expose of just what the HK police has and is doing to young democracy advocates. However, it is important to understand 2019 has been even harsher than 2014, with hidden video capturing police beatings in hospitals and shock troops firing live ammunition into crowds.

There is no question the current protests picked up where the Umbrella Movement left off. We all have a stake in what happens in Hong Kong, but the Western media is perversely disinterested. They need to be held accountable for that too. However, the Margaret Mead festival deserves kudos for programming Siu’s enlightening and chilling film. Very highly recommended, Mong Kok First Aid screens Saturday (10/19), as part of the Emerging Visual Anthropologist Showcase, during this year’s Margaret Mead Film Festival.
Posted by J.B. at 7:00 AM