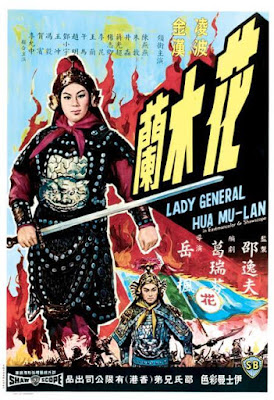 Please do not spend money to watch Disney’s Mulan. It is not me whose asking. It is the brave young Hong Kong democracy activists, whose very lives are now threatened by Beijing’s draconian “National Security” Law. First star Crystal Liu publicly sided with the abusive HK police and against the activists defending the principles of “One Country Two Systems.” Then co-star Donnie Yen celebrated the imposition of the harsh law now being widely used to crack-down on Hong Kongers who advocate the ideals of a liberal civil society. That is unacceptable and so is Disney’s deafening silence regarding their comments, so their Mulan is unacceptable. However, if you want to revisit the story of Mulan in a film you (most likely) haven’t seen, try Yueh Feng’s Shaw Brothers-produced Lady General Hua Mulan (which like many Shaw Bros. films is easily findable online, if you look).

The Shaw Brothers’ Mulan is not just another retelling of Mulan’s story. It combines the folktale with traditional Mandarin-language Huangmei opera, which was growing in HK popularity at the time, due to a mid-1960s surge of immigration from the Mainland region. It is all singing, all the time, because when the principles and secondary leads are not communicating through song, the unseen chorus handles exposition and chronicles the march of time.

Hua Mulan is indeed Hua Mulan, so she takes her ailing, aged father’s place when her family receives their draft notice. In fact, she is keen to serve, because she has trained for years with the spear. Her skills are so sharp, she wins the new recruits’ tournament, bringing her to the attention of General Li. They will serve together for years, fighting to beat back the Mongol invasion, but only her cousin Hua Ming knows her true gender and helps cover for her. Apparently, the pre-Tang Imperial Army admirably respected the personal space of enlisted grunts and junior officers. Of course, Hua could fight, so presumably allowances could be made.

Hua Mulan is a perfect subject for the Shaw Bros. studio, because her heroic story was compatible for the audiences of both their budding operatic films and their established martial arts historicals. Wisely, they cast Huangmei star Ivy Ling Po, who dubbed her own arias. She has the pipes and the action chops. Yet, she also manages to be both boyish and weirdly saucy and coquettish at times. As a result, we can suspend disbelief, even though she never remotely looks like a man, while buying into her chemistry with Chin Han’s handsome Gen. Li.

Surprisingly, the action sequences are less consistent. The tournament sparring and Hua’s proving-herself bout with her father are nicely choreographed, but the grand battle scene is a bit muddled. Nevertheless, the long marching armies and colorful, fur-trimmed costumes give the film a suitably epic vibe.

Right now, Hong Kongers are afraid to exercise the rights of free speech, free press, and free assembly that we take for granted. Beijing’s puppet government has rounded up known critics, forcing young leaders like Nathan Law to seek sanctuary abroad. After her arrest, his colleague Agnes Chow has been hailed as “Hong Kong’s real Mulan.” Even identifying with Hong Kong’s local culture (demonized “localism”) is dangerous under the current repressive climate. 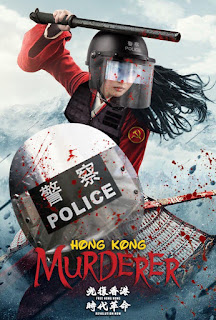 Of course, you cannot get anymore HK than the storied Shaw Brothers. Admittedly, the Shaws also founded TVB, which is now despised throughout Hong Kong for regurgitating Beijing’s propaganda, but Sir Run Run Shaw (credited as producer of Lady General) was definitely a BNO, who was knighted by Queen Elizabeth in 1977. Most of the people who made the film and went to see it in theaters would have identified as Hong Kongers.

Sadly, the rich tradition of HK cinema is in jeopardy, because Hong Kong’s freedoms of expression are already being sharply curtailed by Carrie Lam’s regime. If you love the films of the Shaw Brothers, Golden Harvest, and their successors, do not support Disney’s Mulan. Show the studio and its stars there is a price to pay for either supporting or acquiescing to the repression of what was once one of the freest societies in the world. Boycott Disney’s Mulan and watch the Shaw Brothers’ Lady General Hua Mulan instead, if their marketing has you in the mood for some gender-crossed warfighting.
Posted by J.B. at 6:00 AM