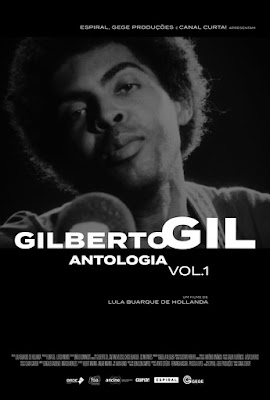 He was there on the Bahia Tropicalia scene with Caetano Veloso, Maria Bethania, and Gal Costa. Gilberto Gil would also join Veloso first in prison and then in exile. Fortunately, it didn’t last forever. Gil even became the Brazilian Minister of Culture, even though he was underwhelmed by what he felt was a paltry salary (by his standards). Now a revered Brazilian musical figure, Gil looks back on his early recordings in Lula Buarque de Hollanda’s Gilberto Gil Anthology Vol. 1, which screens as part of Cinema Tropical’s online 2020 edition of Music + Film: Brazil.

The only commentary we hear during Anthology (the first of three projected volumes, intended to culminate around Gil’s 80th birthday) is that from Gil himself. His reminiscences are intimate and relaxed. At times, he addresses politics, especially “Lingua do Pe,” the song he wrote in hipster “Pig Latin” as a means of circumventing the military’ censorship (to keep things simple, they banned the entire tune), but he never leans in too deeply. Frankly, the biggest news for real deal Brazilian music fans is the revelation Gil wrote “If I want to Talk to God” for Roberto Carlos, but he declined to perform it. (For those who do not know the Brazilian crooner, this would sort of be like Wayne Newton turning down a song from Prince.) 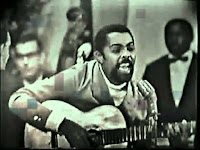 Gil is rather self-deprecating when discussing his career and he offers up plenty of insights into his creative process that should delight fans. However, Anthology is much more of a musical survey (as the title implies) than Gil’s oral history. Just about all his greatest hits from the period of 1968 to 1987 are represented in archival footage (some iconic, some of which has rarely been seen), including: “Toda Menina Baiana,” “Eu Vim da Bahia,” “Espresso 2222,” “Back in Bahia,” and “Calice” (co-written with Chico Buarque).

Buarque de Hollanda (who previously co-directed the charming Mystery of Samba) does a nice job of representing the diversity of Gil’s recorded oeuvre and the longevity of his career. Anthology is literally all Gil, all the time, but that is exactly how fans would want it. Yet, he has a keen eye for vintage footage that aptly captures Gil’s look and sound over the years. Highly recommended for anyone who listens to Gil or his Tropicalia and MPB colleagues, Gilberto Gil Anthology Vol. 1 screens for one week (9/29-10/5) on-demand as part of Cinema Tropical’s Music + Film: Brazil.
Posted by J.B. at 3:00 AM