Back to School: Tell the World 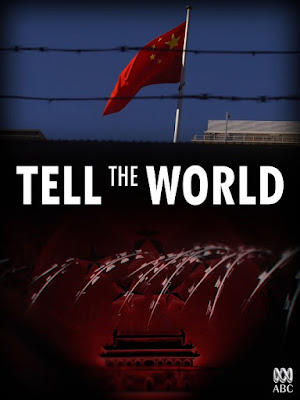 How do you explain to your kids a family decision to boycott Disney’s Mulan? You could show them Frontline: China Undercover or this horrifying report from Australian ABC’s Four Corners. According to both sources, Beijing’s network of work camps and detention centers throughout Xinjiang (or East Turkestan) represents the largest systemic incarceration of a religious group since the Holocaust. Shockingly, it has now been revealed Mulan director Nikki Caro filmed extensively throughout the oppressed region. If you want to understand the extent and severity of Beijing’s campaign against Muslim Turkic minorities, watch Tell the World, directed and hosted by Sophie McNeill, which is available on Prime.

Tell the World is logically somewhat more Australian-centric than the Frontline report, because the country is home to a relatively large exiled Uyghur community and several Australian universities have collaborated on facial recognition software that racially profiles and tracks Turkic minorities (viewers are advised to watch Red Flags for more on that story). Sadly, nearly every ethnic Uyghur family is a broken home, because nearly every one of them has a family member who has disappeared or is being held incommunicado in a prison camp.

For all practical purposes, every Uyghur is a prisoner, in one way or another. According to MacNeill: “A UN panel says ‘the region resembles a massive internment camp.’” Beyond those who are confined in outright concentration camps (euphemistically called “re-education camps”), there are those working as involuntary laborers in factories and work camps. The children of these prisoners are consigned to orphanages, where they are brainwashed to reject their cultural and religious heritage. That is cultural genocide, plain and simple.

McNeill talks to several Uyghur Australians, whose stories are utterly devastating. However, the program is not simply anecdotal in nature. She also talks to researchers like Adrian Zenz, who has uncovered the vast scale of the oppression in Xinjiang by sleuthing through publicly available CCP government documents. He has found construction bids incorporating watchtowers, surveillance cameras, barbed wire, and containment walls. He also discovered purchases orders for bulk shipments of cattle prods. In addition, McNeill’s experts use satellite photography to document the systematic destruction of mosques.

This is some excellent reporting. Based on Tell the World and Red Flags, it seems safe to say Four Corners puts American network news magazines to shame. It is hard to image Caro and her cast and crew didn’t observe all the barbed wire around their shooting locations. The absence of mosques in a traditionally Muslim region should have also aroused their suspicions. However, there is no way they could have missed the apartheid-like system that forces Turkic minorities to endure regular sidewalk checkpoints, while Han Chinese are allowed freedom of movement.

If Caro and company did not notice the pervasive surveillance and discrimination in Xinjiang, it is because they made a deliberate choice not to see it—but that is a form of knowing too. (This is morally indefensible, even worse than the co-stars’ vocal support for the violent tactics unleashed on Hong Kong democracy advocates.)

Keep boycotting Mulan. We’re cancelling our Disney+ and you should too. To explain the CCP’s genocidal campaign in Xinjiang to your children, consider adding Tell the World (on Prime) or China Undercover (on the PBS app) as video supplements to their lesson plans. Both investigative reports are very highly recommended for general audiences.
Posted by J.B. at 3:00 AM